Nature is my Mentor!

Do Research and Learn…

Close Packing of the Solidified Penu

The experiments explore the possibilities of form generation through the self-organizational properties of a material system of Solidified Pneumatic structure and Close-packing using Net structure. Pneu is very light bearing structure and to some extent convenient thermal and sound insulation materials. The act of formation in this experiment turns into an exciting subject. In fact the ‘form’ emerges through a form-ﬁnding method, which deploys the physical process of self-organization of a material system inﬂuenced by extrinsic and intrinsic (chemical reaction) forces.

In the Micro scale level the modules by themselves, their geometrical properties and their formation process stand all issues regarding to the module differentiation in the system.On the other hand in the macro scale the patterns of packing, combination of different types of modules together, and all issues regarding to the accumulation of the modules.By introducing the second layer of the net (ﬁsh net) to pack the modules together, it seems that another layer of manipulation would be added to the system, which is regional manipulation of the system. This means that the net could be changed locally and affects some modules around it make some local manipulations as well. 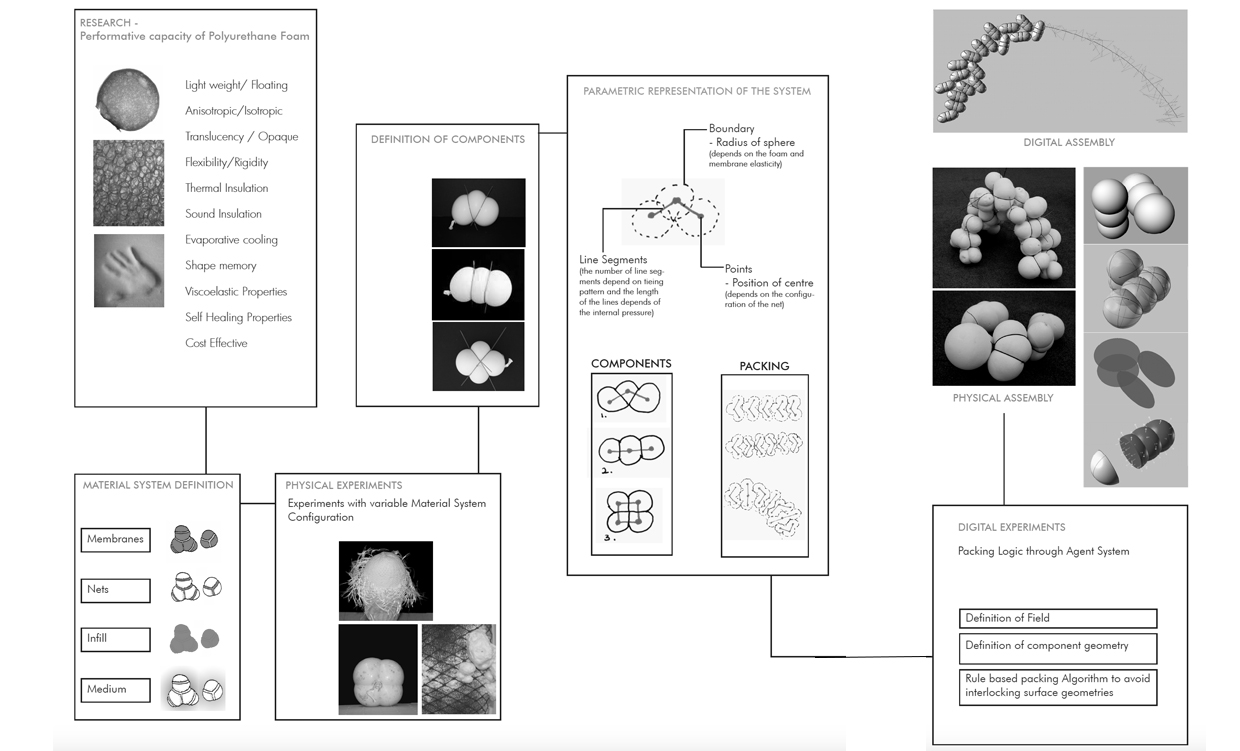 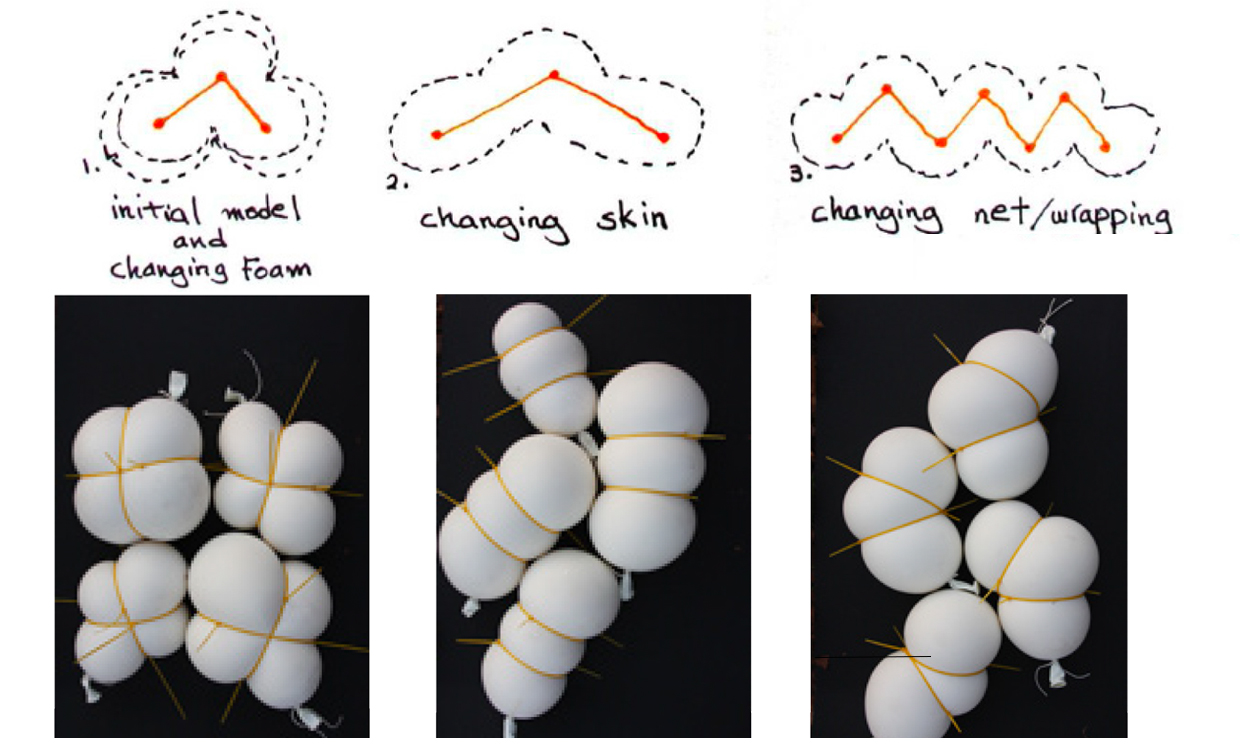 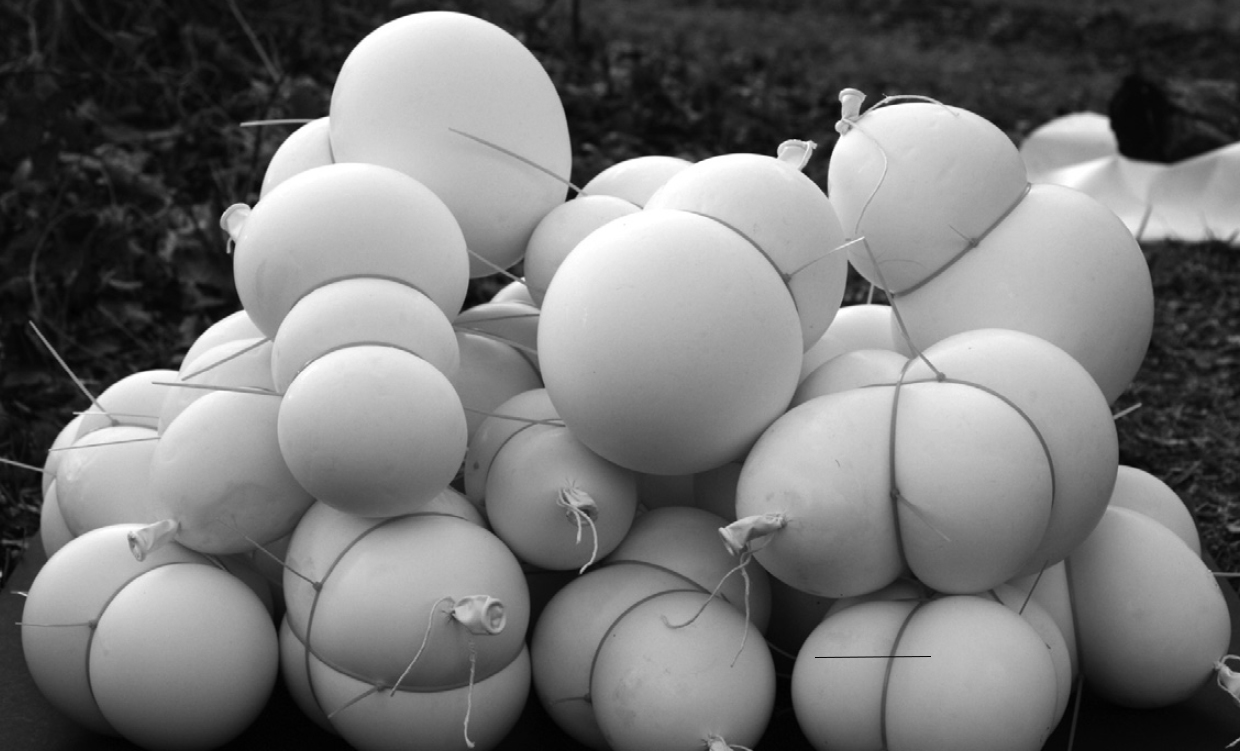 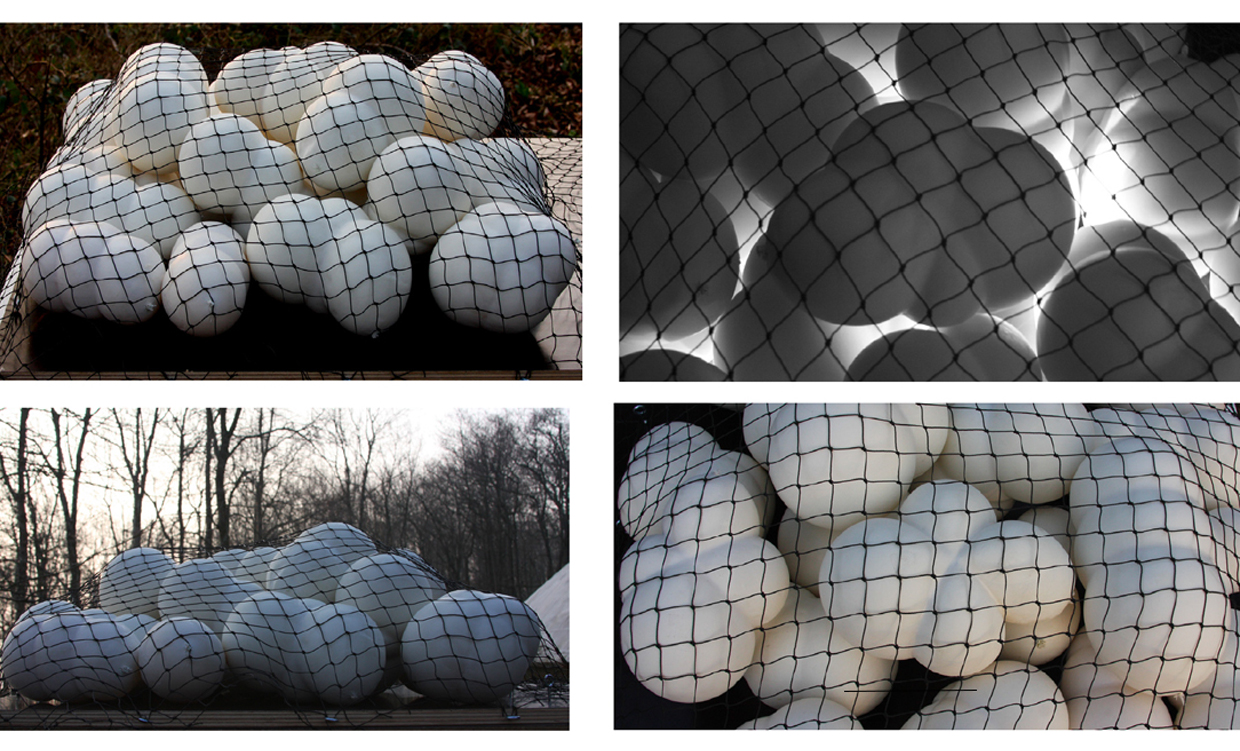 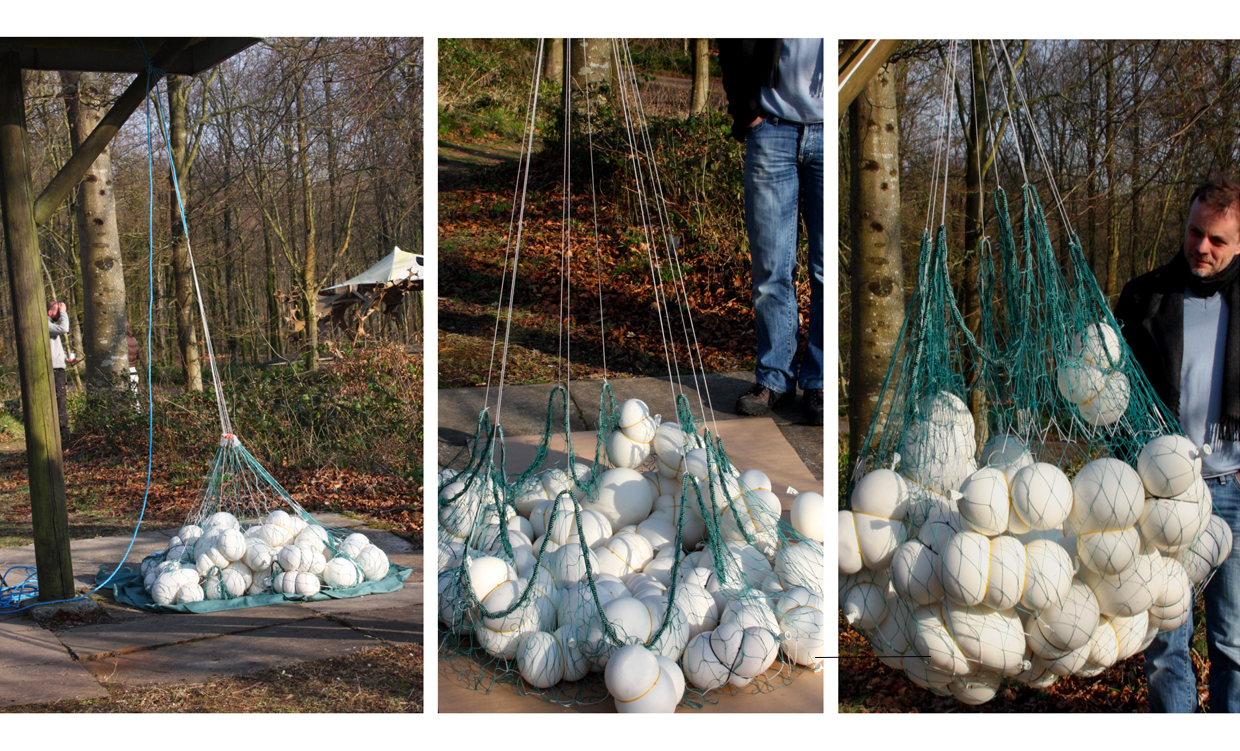 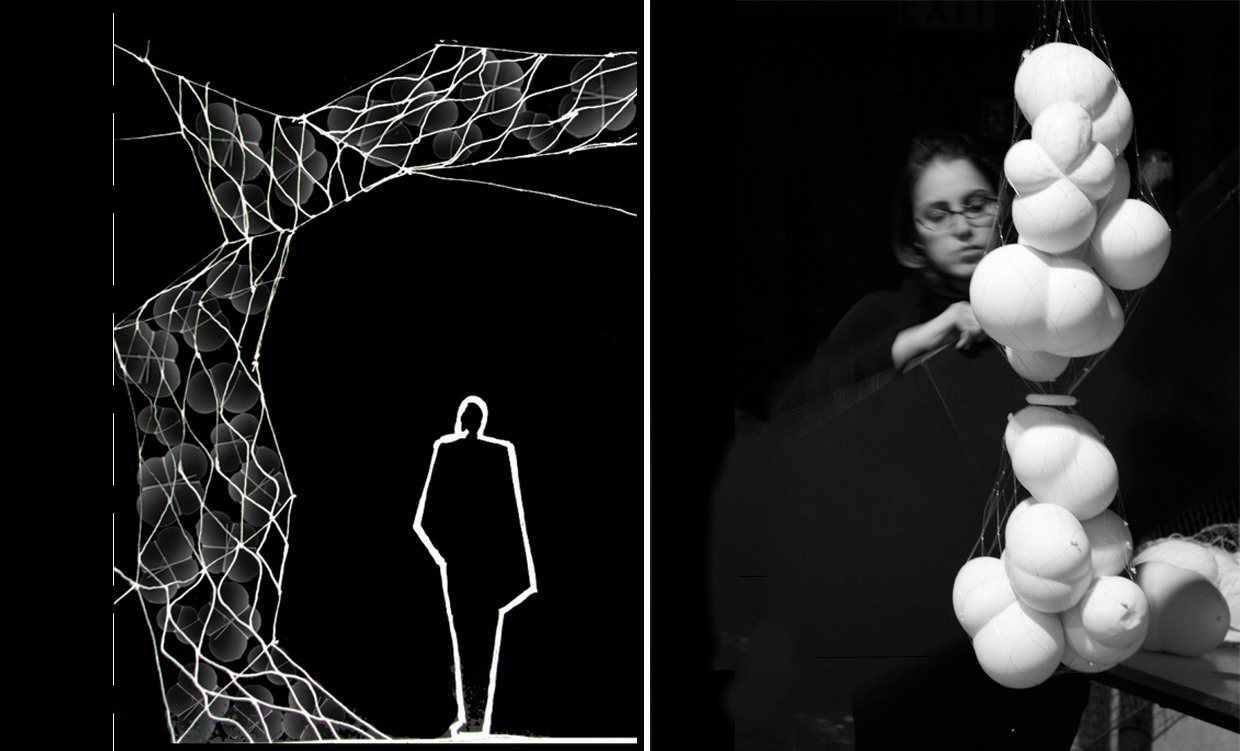 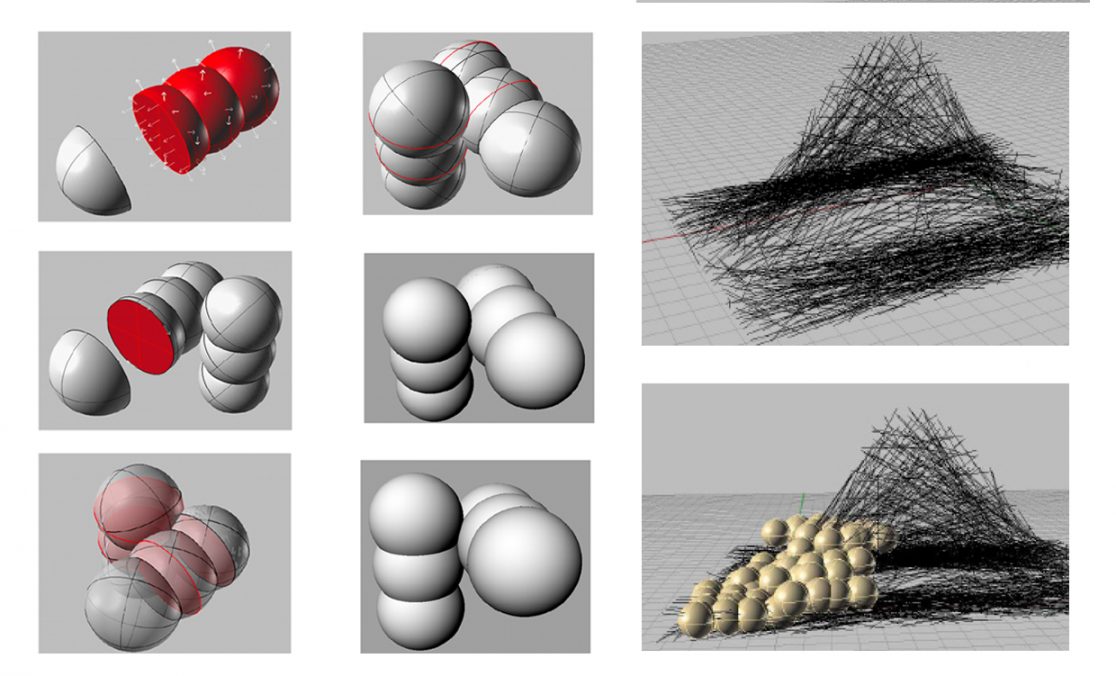 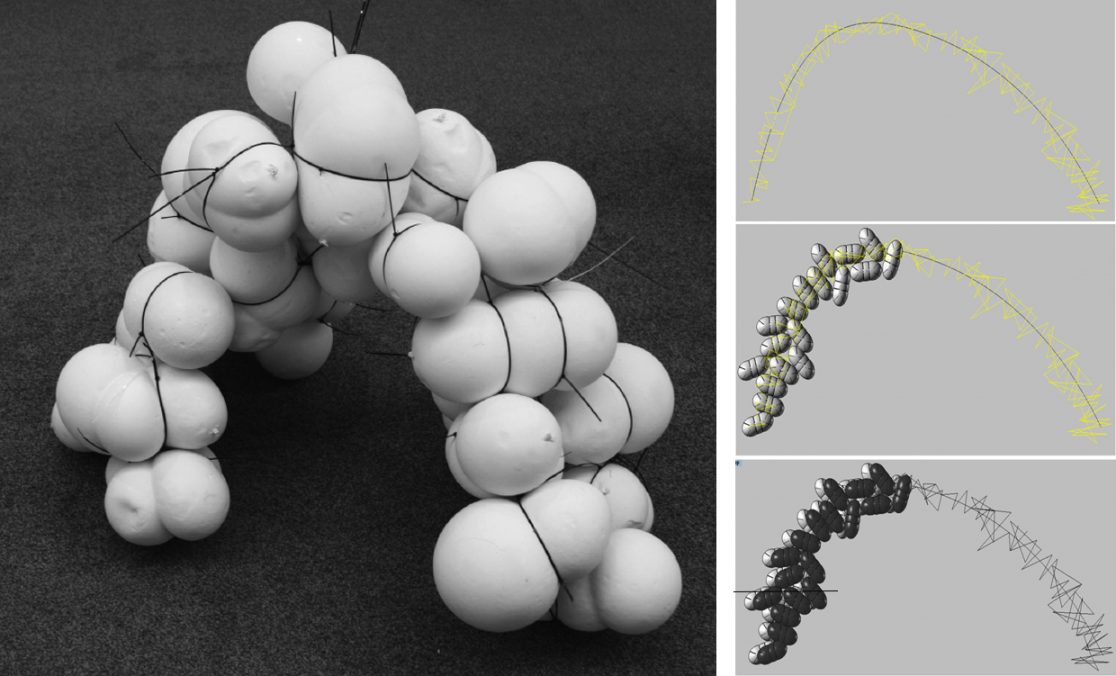 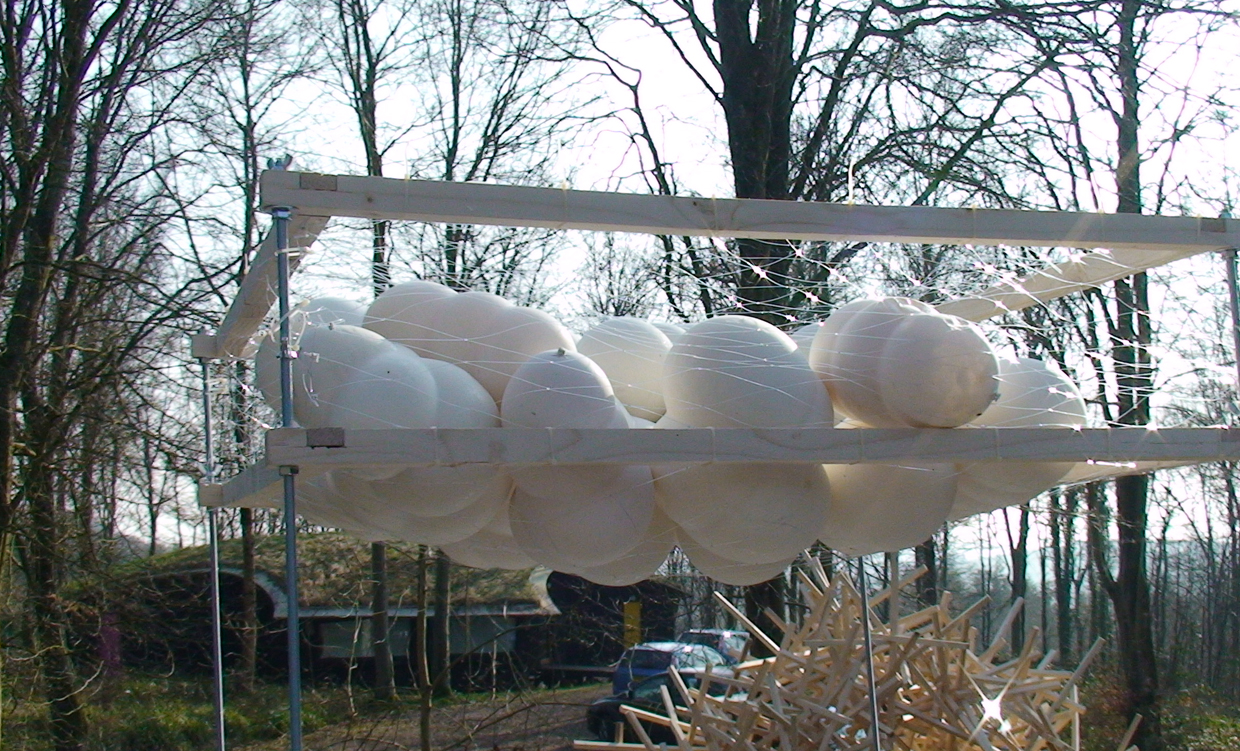