Nature is my Mentor!

Do Research and Learn…

Several prototypes of the Bio-Tile were developed for testing. The prototypes resulted in a composition of three typologies produced with different manufacturing methods utilizing an industrial robotic arm. These included:1) a solid typology to withstand water and wind force, 2) a donut-shaped typology in which the center serves as a pod to house seeds for mangrove restoration, and 3) an artificial rockpool typology where the tile is positioned to collect sediment runoff. All three typologies have surface manipulation which are generated by an algorithmic process. The surface deformations are developed based on data from water turbidity and lighting exposure which are significant factors in the conditioning of habitats that support marine wildlife. Different strategies for surface manipulation were applied to increase the abundance of specific intertidal flora and fauna. 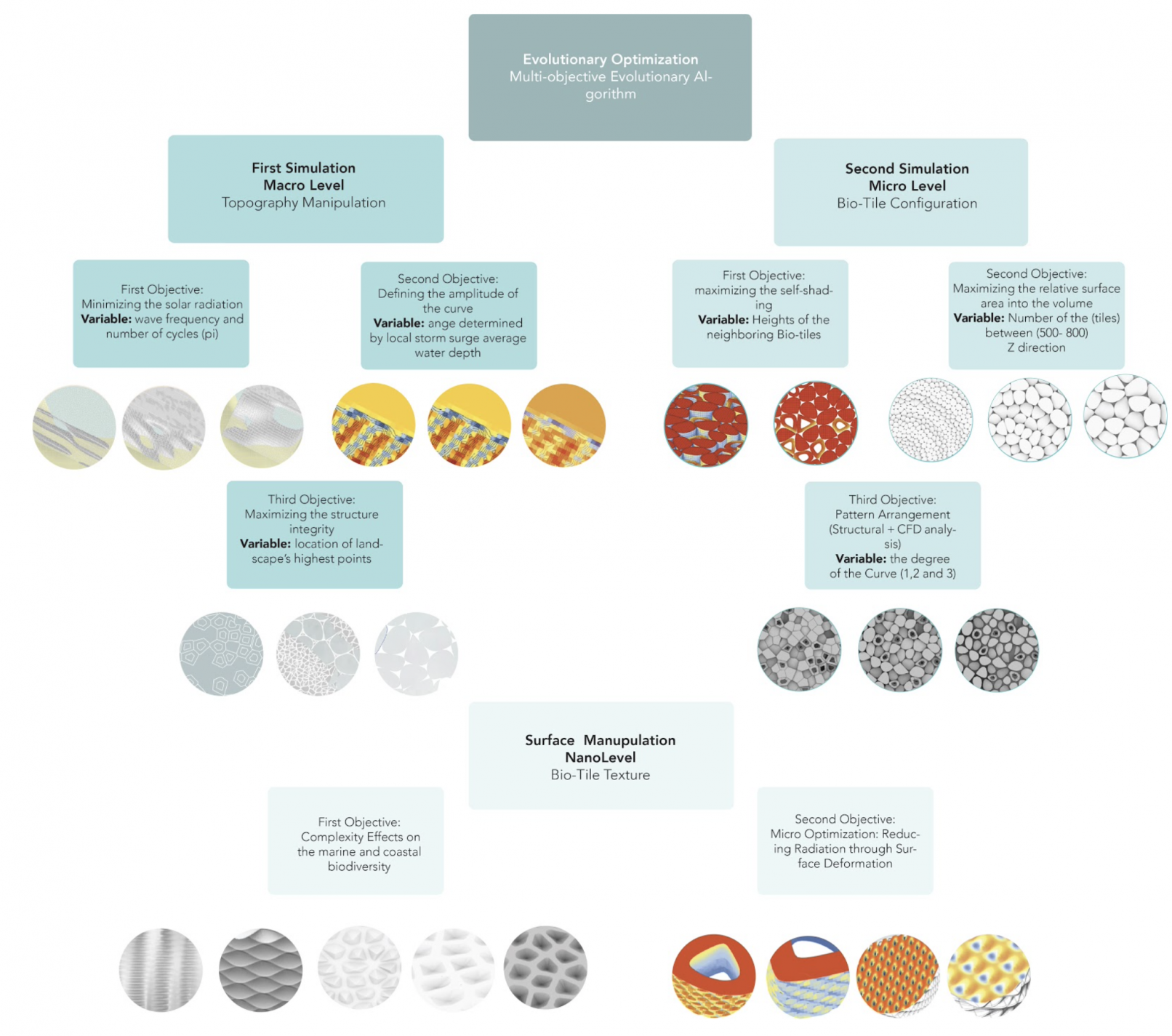 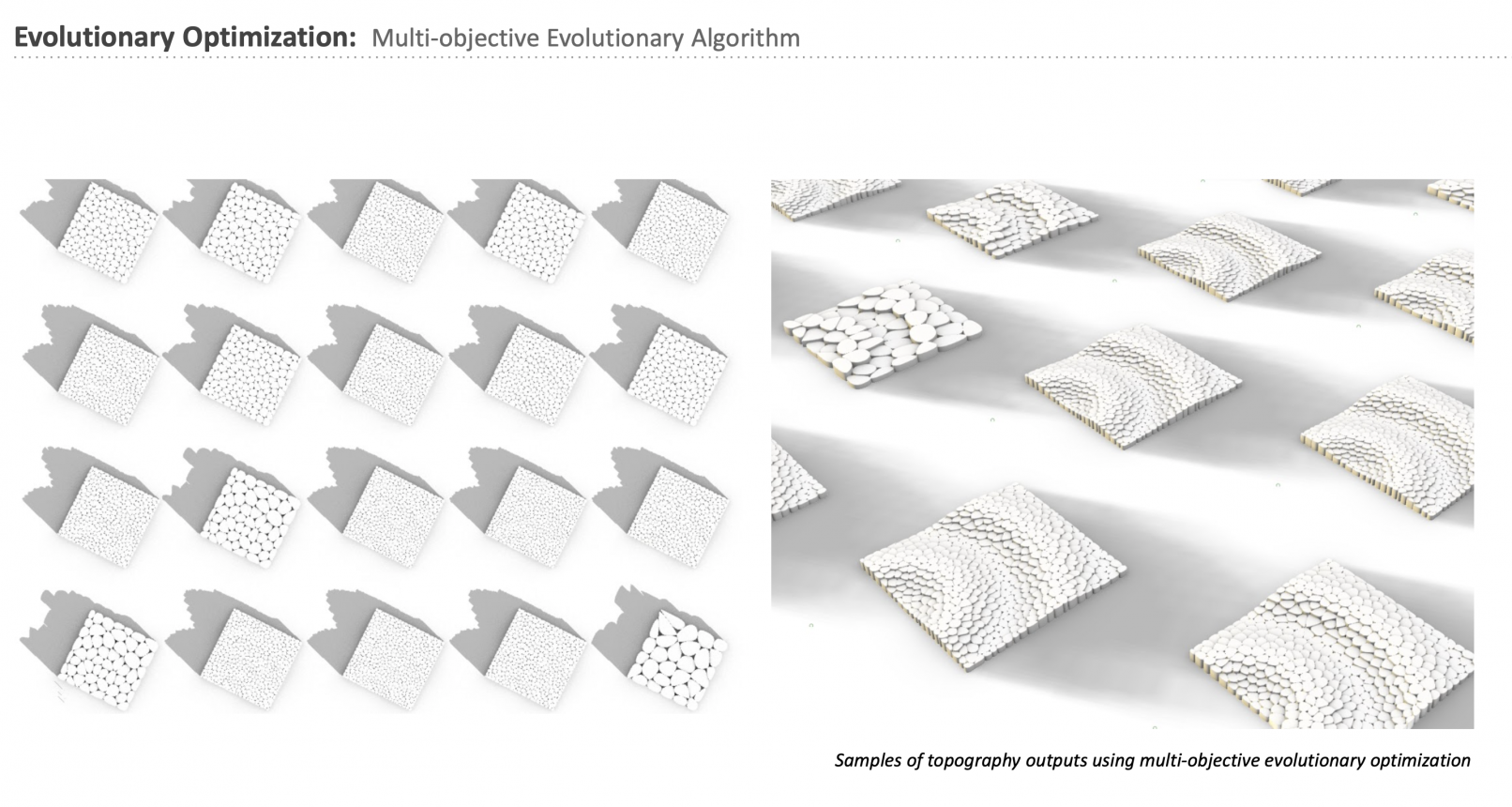 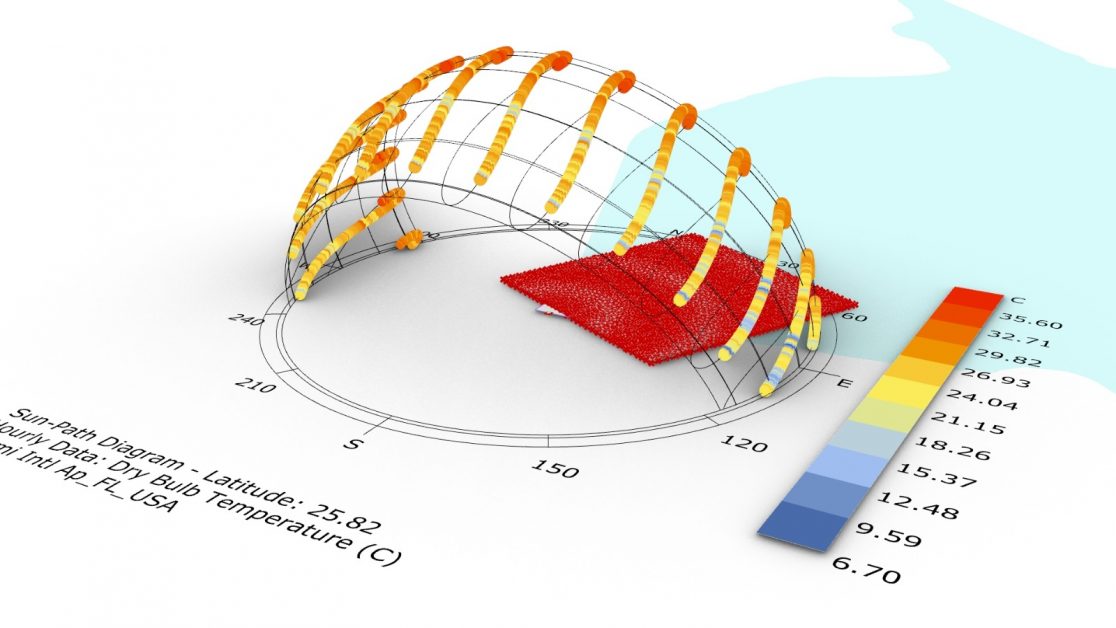 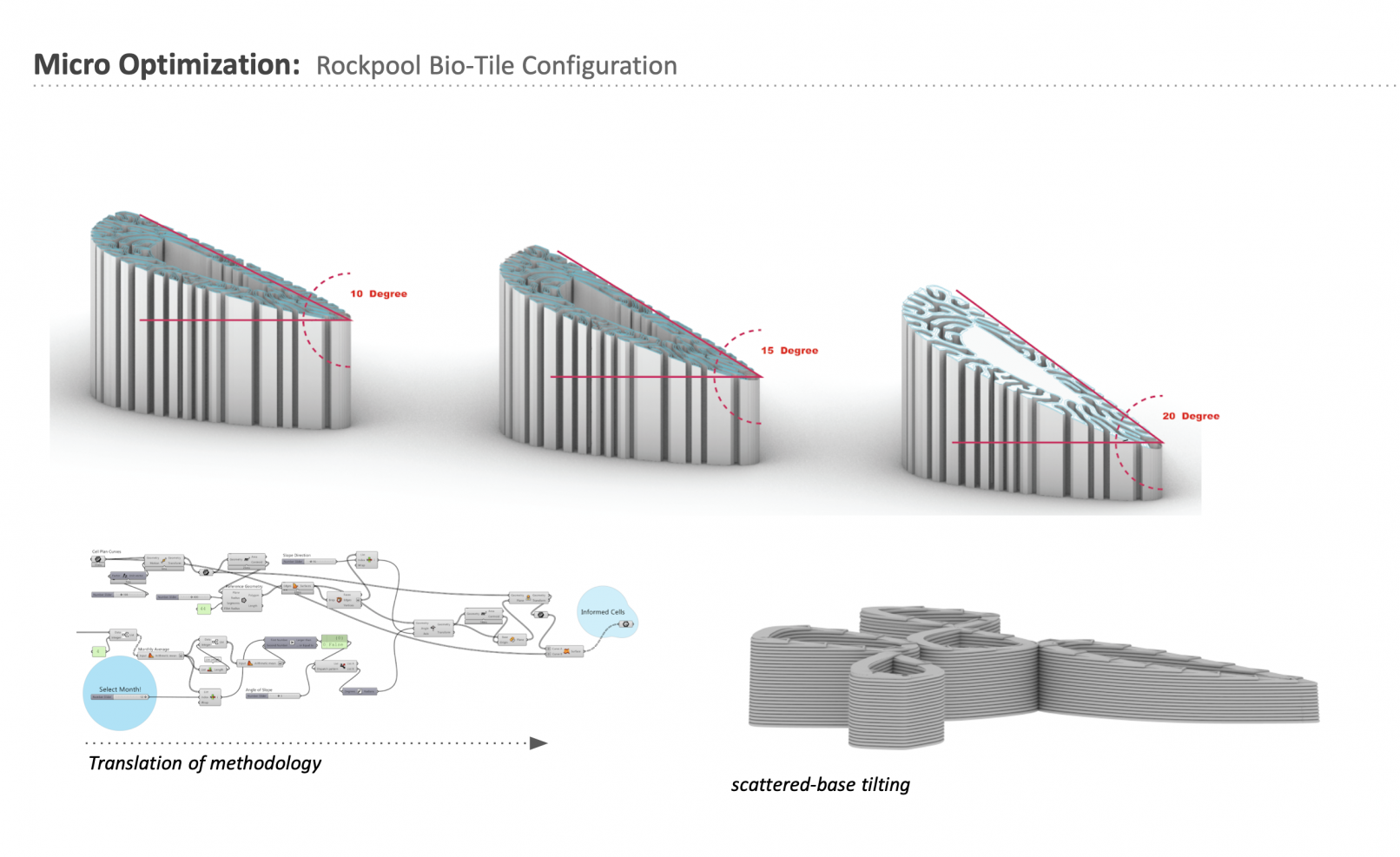 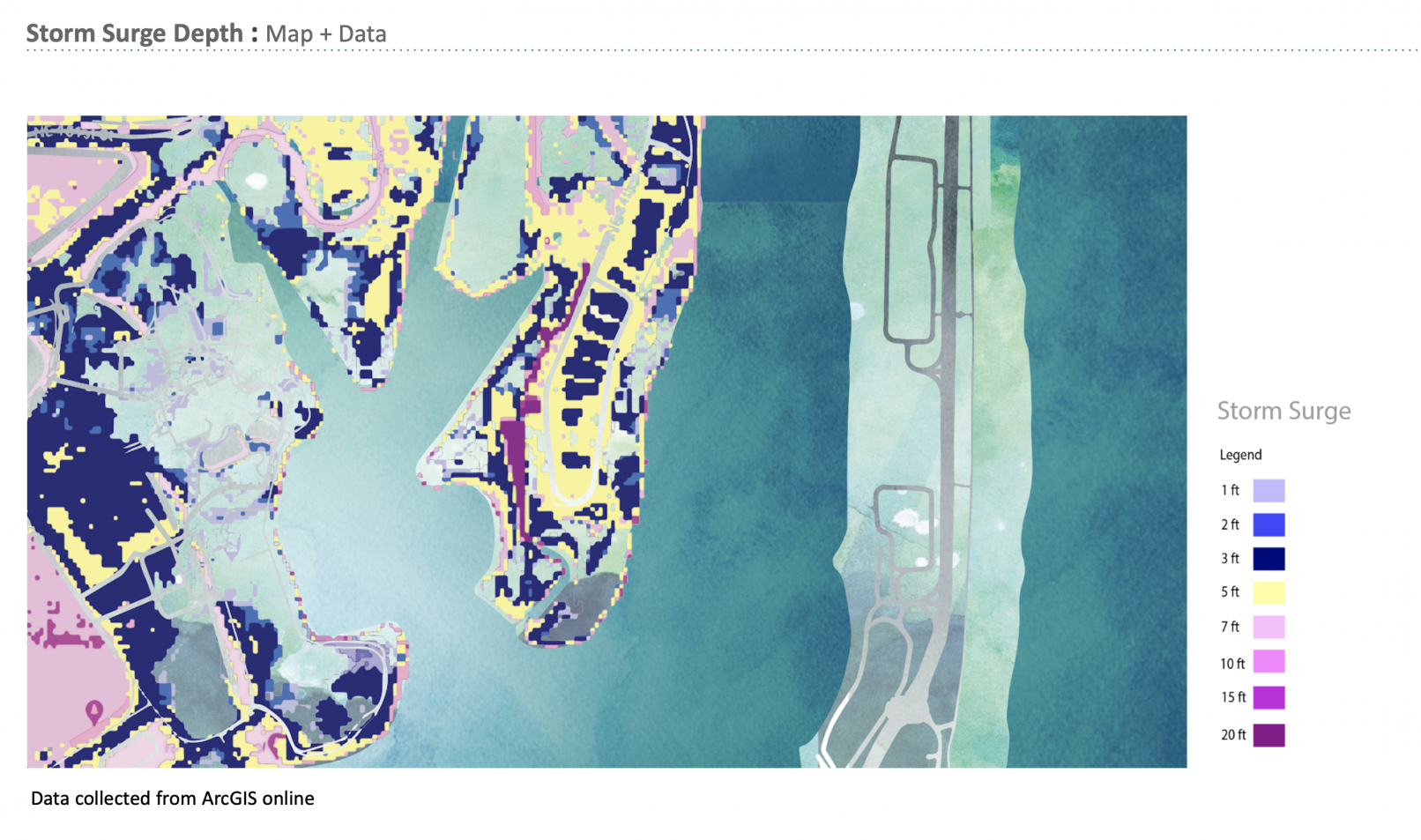 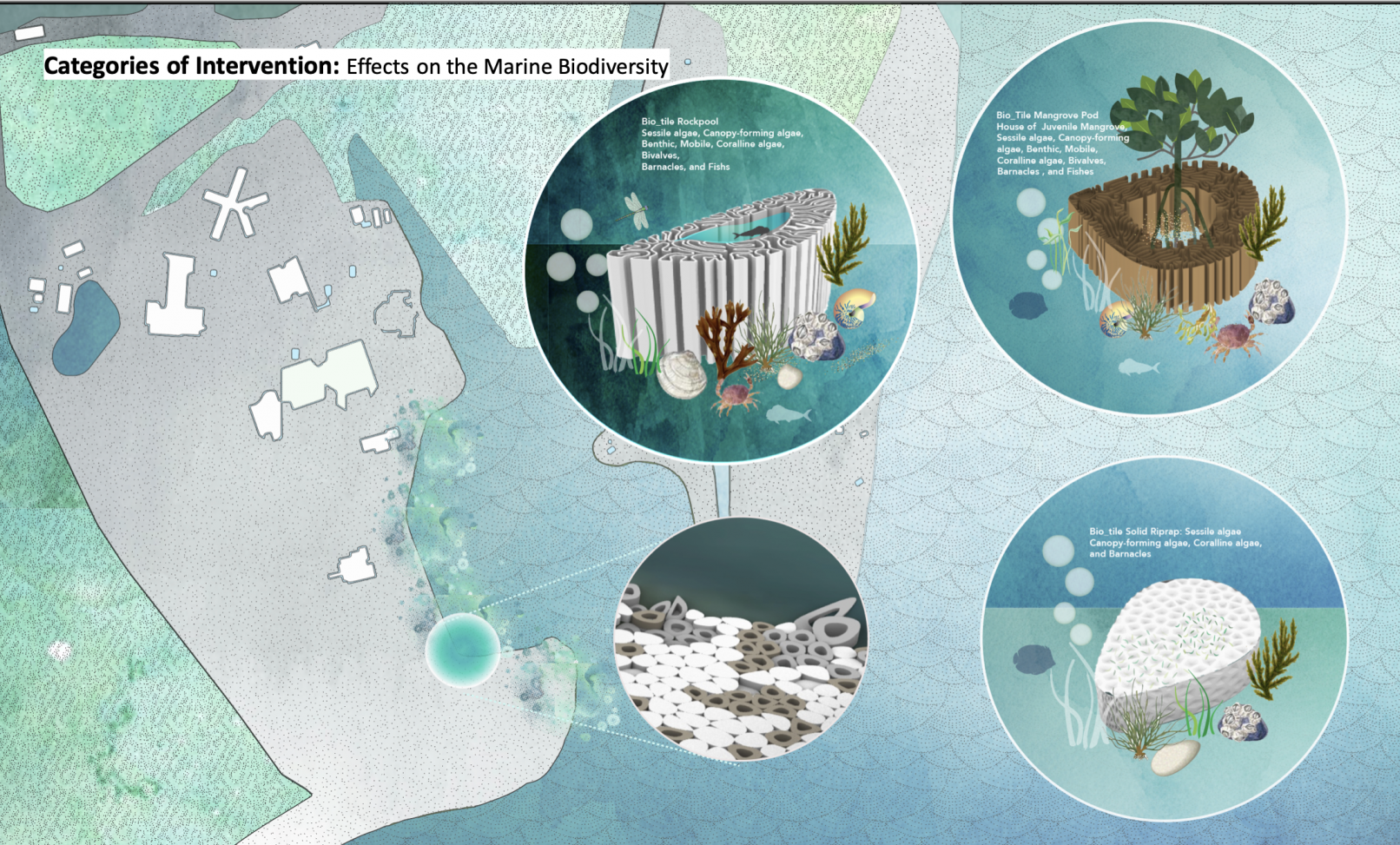 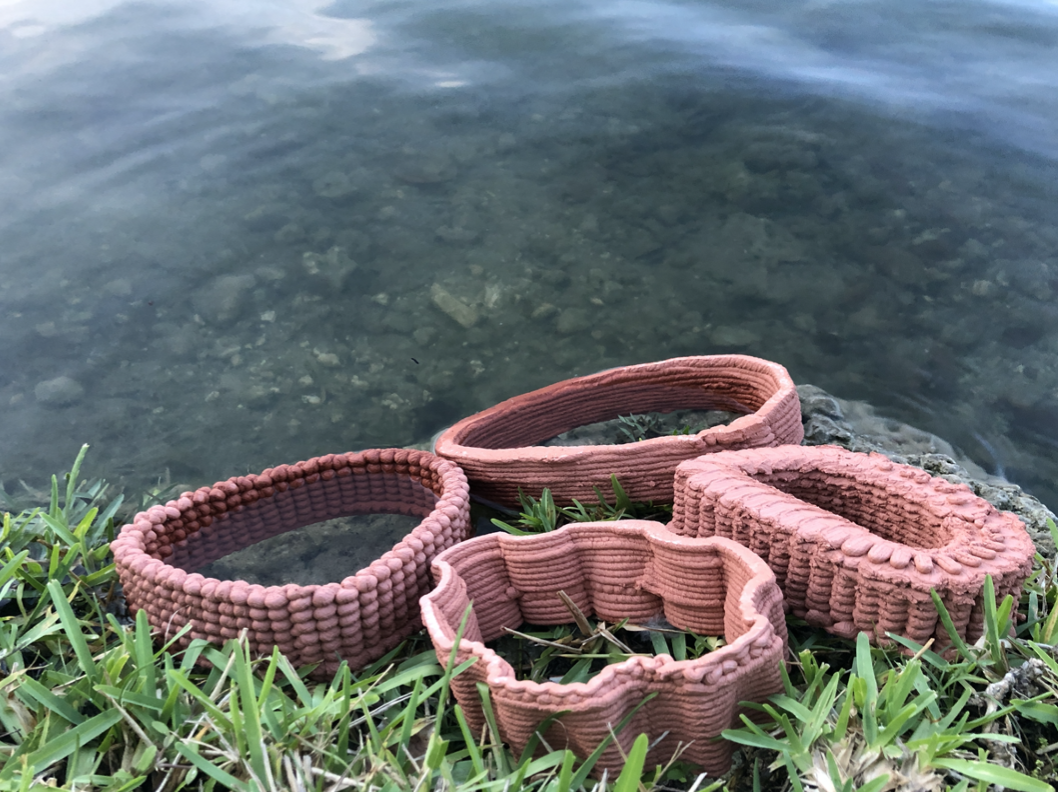 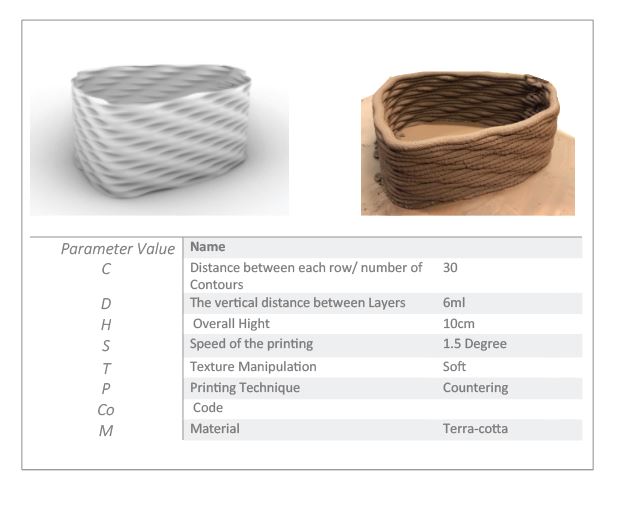 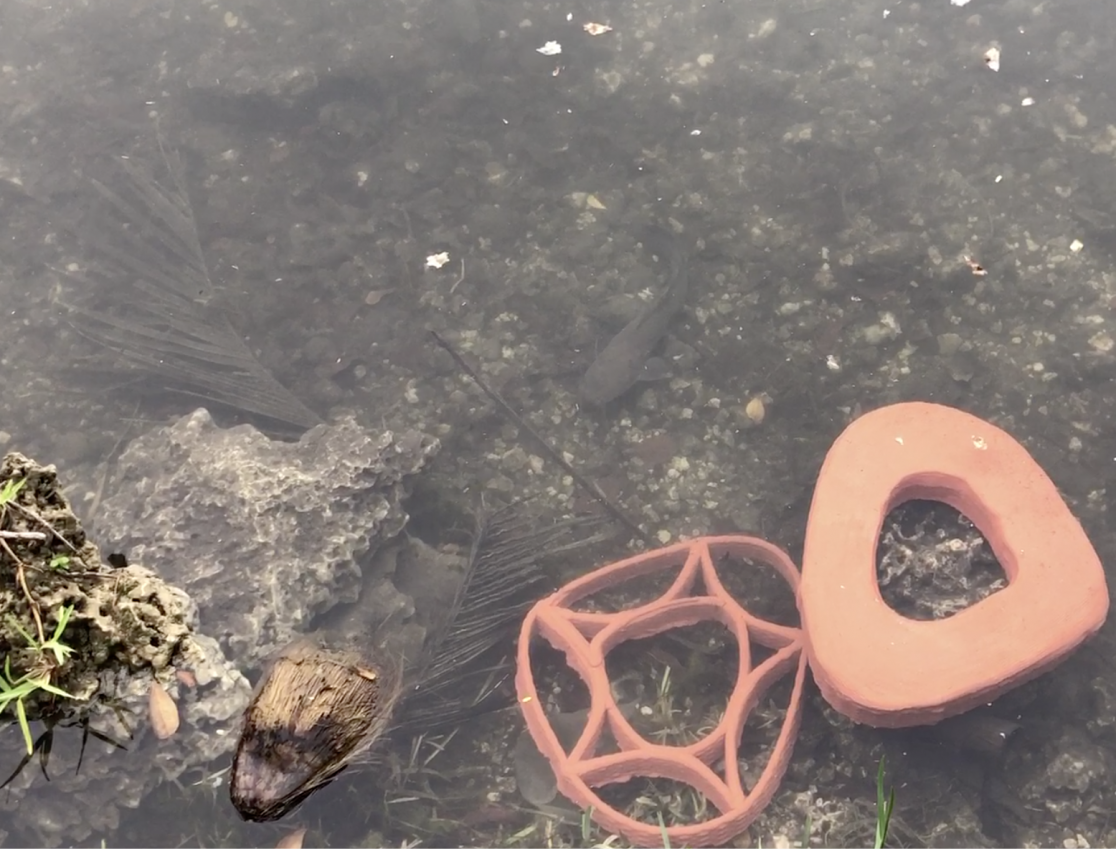 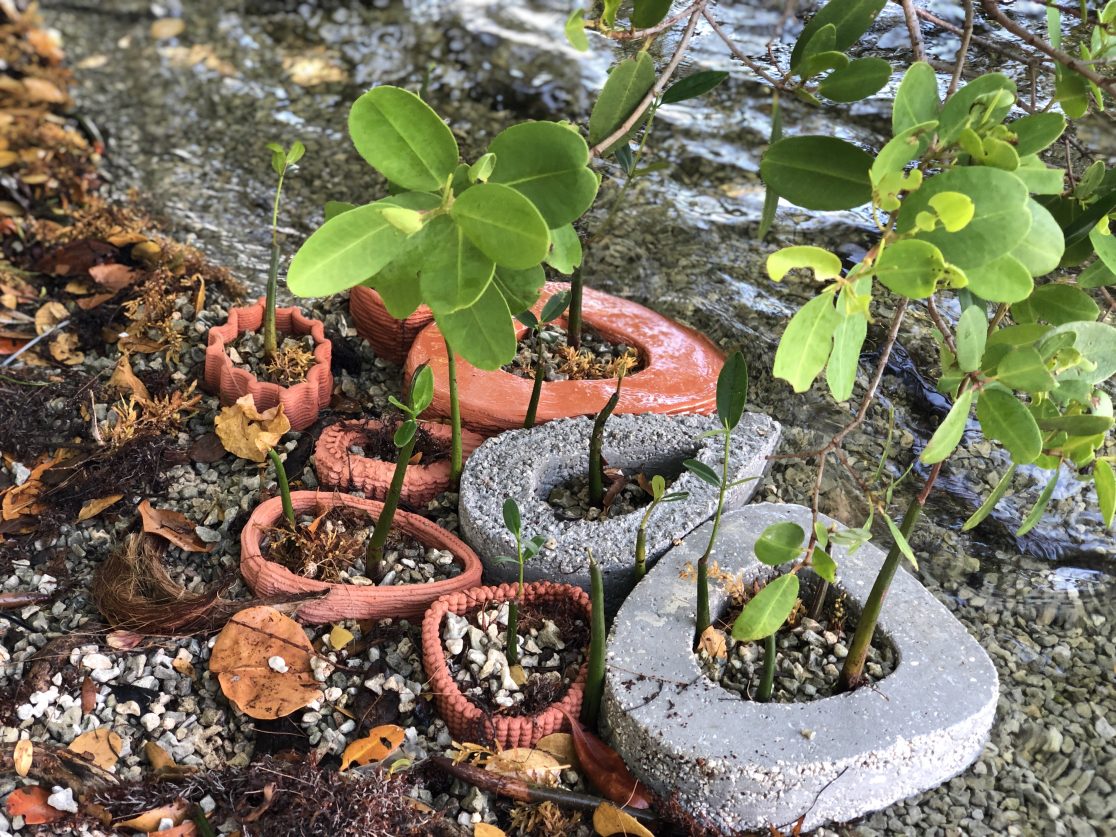 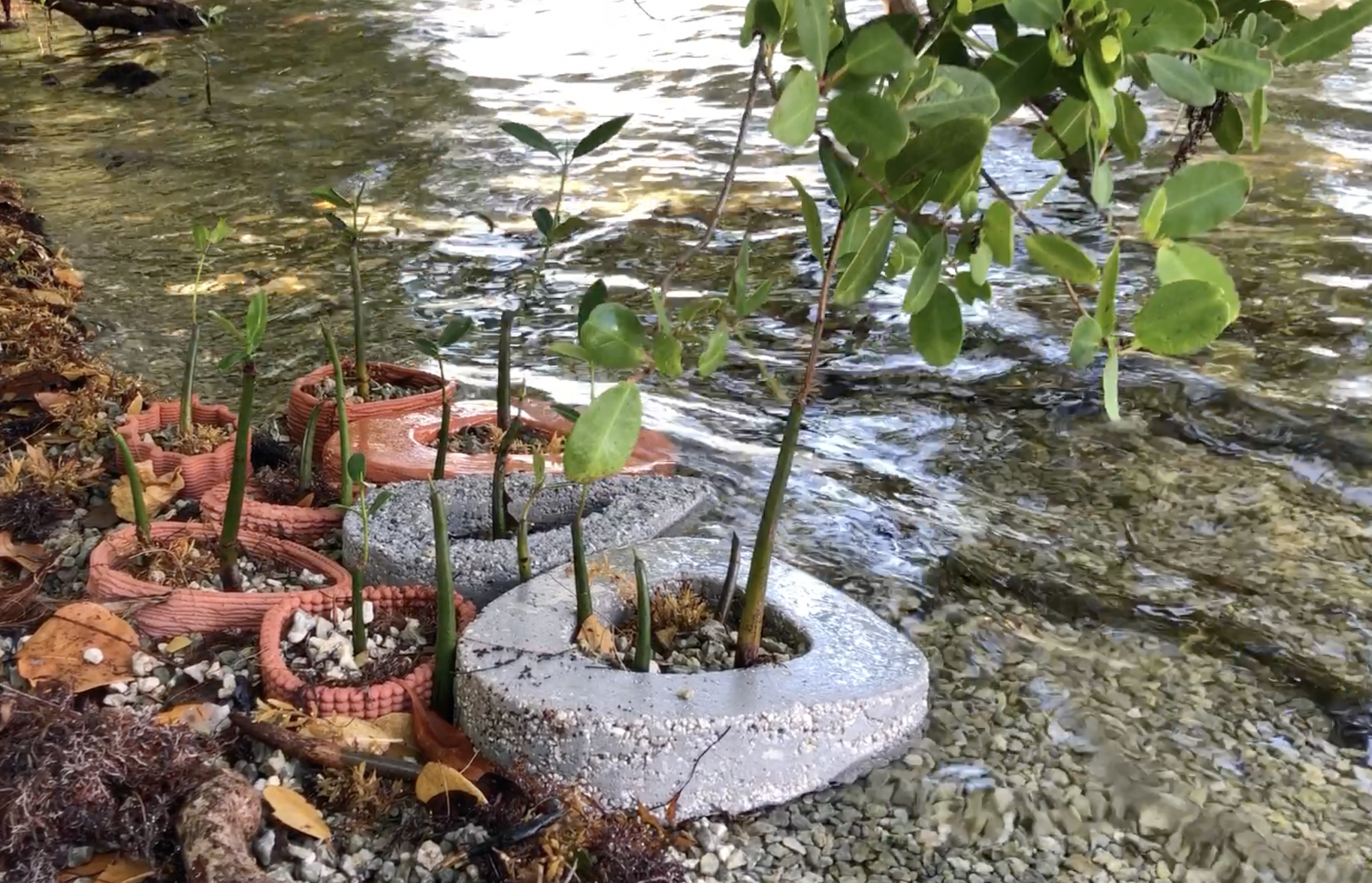